We have a link with the Diocese, since we house the relics of St Oliver, whilst his head is venerated in Drogheda. Dom Anselm was fortunate enough to attend the events, which began in Drogheda itself with a procession through the town with the relics, whilst reciting the rosary, and a Mass, presided over by the Archbishop, in St Peter’s Church, where St Oliver’s head is kept. There were about 100 people for the procession, and the church was quite full with about 300, and a number of concelebrants from nearby parishes.

On the Monday Dom Anselm preached at the evening Mass in Armagh Cathedral on the theme of St Oliver as a man of courage. Again the Mass was quite full, and he was once again warmly welcomed by the cathedral clergy and by the Archbishop himself – a papal legate could not have been received more warmly!

Then on the Tuesday we had the final solemn Mass, celebrated by Archbishop Eamon Martin, and the unveiling of a new statue of St Oliver. This was preceded by a procession through the town of Armagh from St Malachy’s church to the cathedral, accompanied by 6 pipers playing traditional Irish tunes and ending with ‘Faith of our Fathers’. At the Mass, Dom Anselm was again given a prominent role, as one of the chief concelebrants among the Bishops and Canons. The Mass was a splendid occasion, with the Our Father once again sung in Irish according to a beautiful tune. It was great that Downside, custodian of the body of St Oliver, should be present for this Triduum of prayer, and it is clear that our links with Drogheda and Armagh will continue. 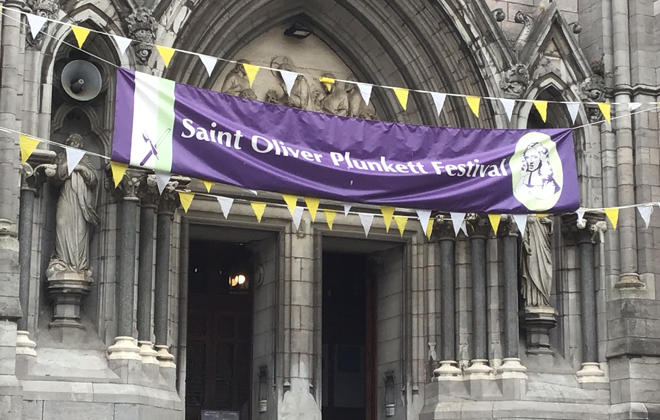 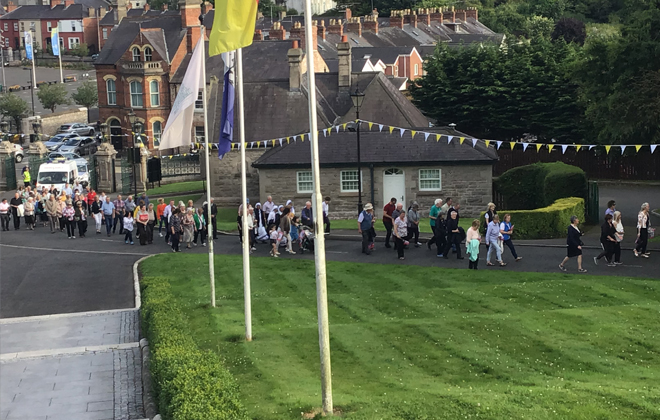 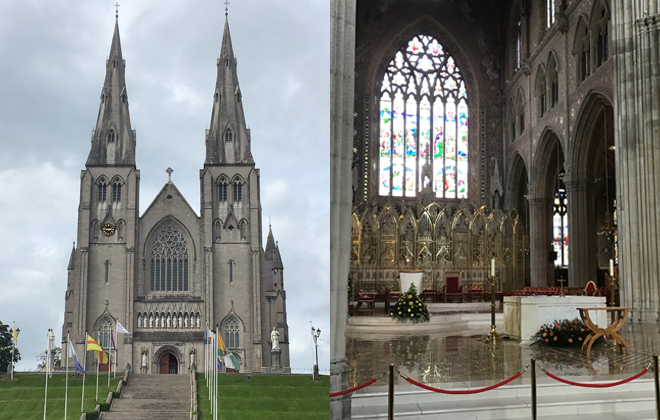 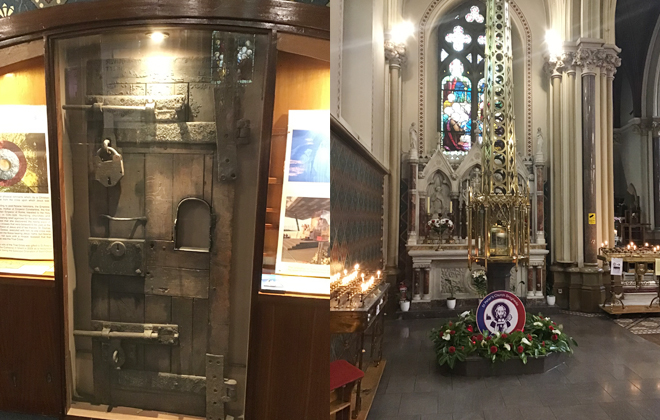 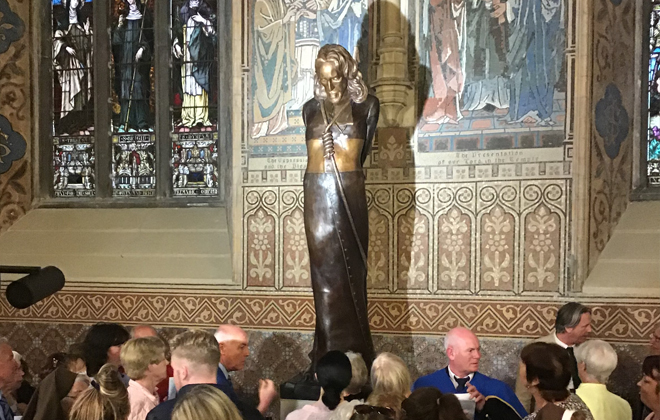 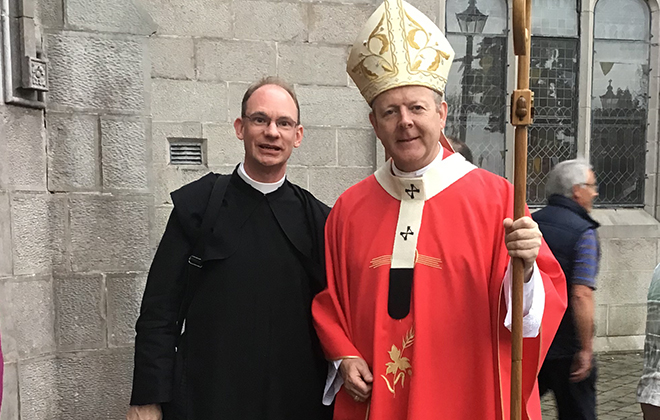