RE-DEDICATION OF ENGLAND TO MARY

Catholics of a certain age will be very familiar with the idea that England is “Mary’s Dowry”, but may not be sure why.

It is not explicitly related to the legends that Mary came to England (to Glastonbury, just down the road!) after the Resurrection, nor to the legend that St Anne, Mary’s mother, was born in Cornwall. Rather it dates back to 1381, when King Richard II dedicated England to Mary in the Benedictine Westminster Abbey as he asked for her protection in a time of political crisis during the Peasants’ Revolt. At this time England was called Mary’s Dowry, the land set aside for her and under her special protection.

There had long been a special devotion to Mary in England, owing to the vision that the Lady Richeldis had at Walsingham, which led to the establishment of one of the major shrines of Europe, and the building of a replica of the Holy House of Nazareth. Walsingham was often referred to as “England’s Nazareth” and every monarch went there at least once, including Henry VIII, until its destruction in 1538.

The dedication of England to Mary has been repeated on various occasions throughout history and Pope Leo XIII referred to England with the title of “Mary’s Dowry” in 1893. On Sunday, 29th March this Dedication was repeated in churches and households throughout England, including at Downside Abbey.

Members of the monastic community gathered in the Lady Chapel to say the prayers and ask Mary’s special intercession for our country and our world. Although this had been planned for some years by the Bishops and Mgr Armitage, Rector of the Shrine at Walsingham, it seems fortuitous that it should come at this time, when the whole world is experiencing the COVID-19 pandemic.

May Our Lady continue to pray for her dowry.

You can send in prayer requests to the community by clicking here. 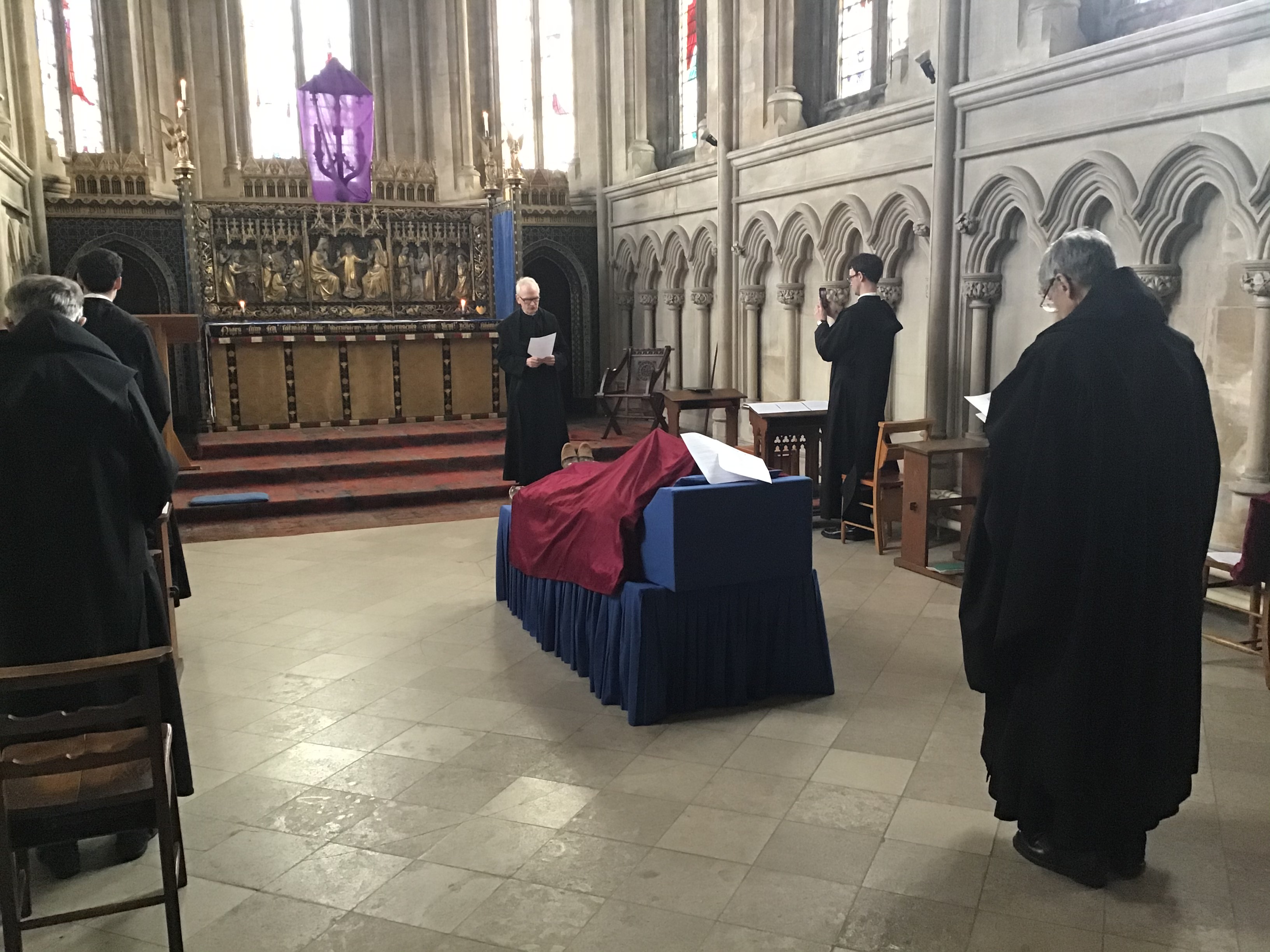